Anthony Dolan is now back from filming in Italy. Here is his report and some photos…

Leo Lagorio, an Edgar Wood collector and historian, was an invaluable guide for all the location filming. He is well acquainted with Mrs. Rosa Quaglia, the nonagenarian owner of Edgar Wood’s home at Monte Calvario, Liguria, Italy. Mrs. Quaglia and her family were incredibly gracious and welcoming, in fact it seemed that most of Imperia was supporting the Edgar Wood film project!

The minister of culture came out to meet us, and gave us an invitation to screen the finished film in the City of Imperia itself.

There was a rather moving moment filming Edgar’s grave at the English Cemetery – he wasn’t a Catholic, so he was buried in a separate part, but it is telling that the tombstone read ‘Edgar Wood of Monte Calvario, Porto Maurizio‘. Despite being a true Middletonian, his spirit belonged in Italy.

A remarkable trip and the footage is pretty good – even if I say so myself – but you would have to be an idiot to get a bad shot in that place! 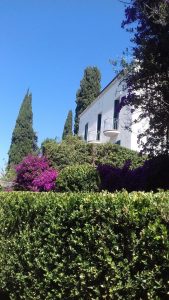 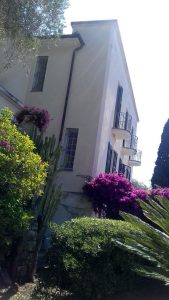 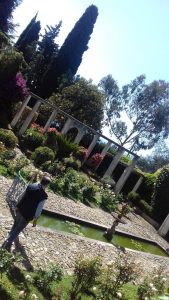 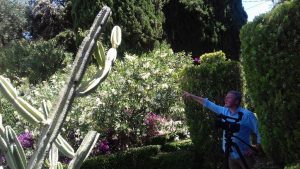 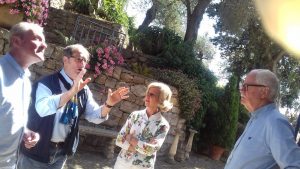 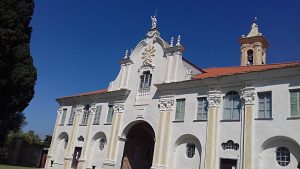 Monastery at Monte Calvario where Edgar lived before building his villa 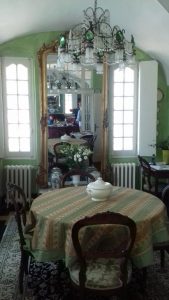