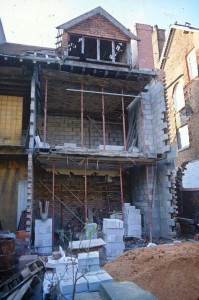 Middleton Town Centre Conservation area was originally designated in 1978. The promotors, Middleton Civic Association, wanted to ensure the town’s outstanding heritage was properly looked after. During the 1980s and 90’s, English Heritage and private owners restored several buildings. The most dramatic was the rebuilding of the Edgar Wood house,  Fencegate, which was collapsing due to land settlement. However, by the early 2000s things were getting worse rather than better. 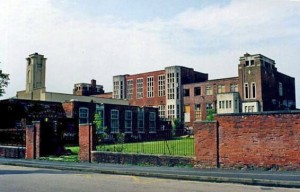 During 2002, Middleton made national headlines with the demolition of a large part of Edgar Wood’s Durnford Street School, an outstanding listed building and the most important early modern movement school in the country. It led to Manchester University publishing an academic paper and was a real low point for the heritage of the town. 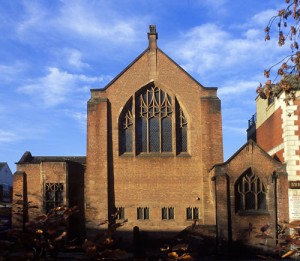 In response, the Civic Association joined forces with other heritage groups to form Middleton Heritage and Conservation Group, or Middleton Heritage for short. They began a conservation initiative to save Edgar Wood’s other Arts & Crafts masterpiece in the town centre, Long Street Methodist Church and the adjacent Methodist Sunday School and garden. After setting up the Friends of Long Street Methodist Church (now the Edgar Wood Society), Greater Manchester Building Preservation Trust subsequently took ownership of the buildings to prevent the sad fate of Durnford Street School and the nearby listed Providence Chapel occuring again. The Trust and Edgar Wood Society have since spent over £20,000 of voluntary contributions on holding repairs to slow down the decline of the buildings while new uses and a comprehensive repair scheme are secured.

This site uses Akismet to reduce spam. Learn how your comment data is processed.