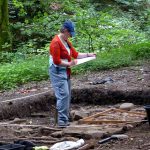 This is the third season of excavation at Hopwood Millers Cottage by Middleton Archaeological Society. If you fancy a go at archaeological excavation, just leave a message below and we’ ll get back to you. Click Here for more about the cottage. 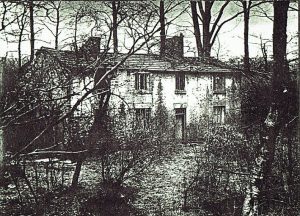 In 2015 and 2016 we uncovered the western and central parts of the 18th century building (see plan below). On the north side of the cottage we found garden features and a pathway leading to a footbridge. The footbridge crossed the Trub brook enabling access to a spring on the north bank. The garden features, path and bridge date to the late 19th and early 20th centuries. 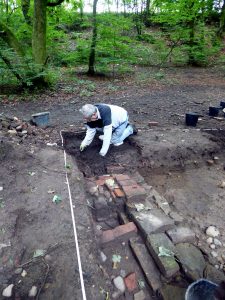 This season we are excavating the eastern end of the site. The north-eastern corner of the cottage has been located enabling us to determine the size of the cottage. The building measured about 15 metres east-west by 4.5 metres north south. The ground floor consisted of two living rooms with internal measurements of approximately 4 metres by 4 metres. These rooms are seperated from each other by a lobby area 3 metres wide. A brick built extension on the south side of the building is thought to be the kitchen area. 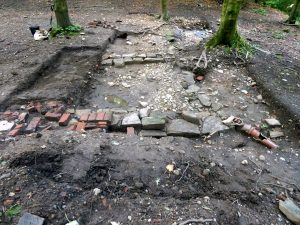 At the east end of the building we have started to uncover a much smaller room about 2.5 metres wide. A path with steps runs along the eastern gable of the cottage. More evidence of the drainage system has been revealed. Excavation continues to investigate an area of cobbles at the north side of the building which predates the cottage. 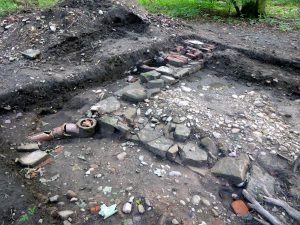 The dig will continue until around the end of October. We are at present extending the trench on the south and east sides in order to examine the remainder of the east side of the cottage and extension.

The latest is yhst we finished the trench extension today and found the south wall and south-east corner only 5 cm below the surface. We also have a fireplace in the small room located centrally against the internal wall. 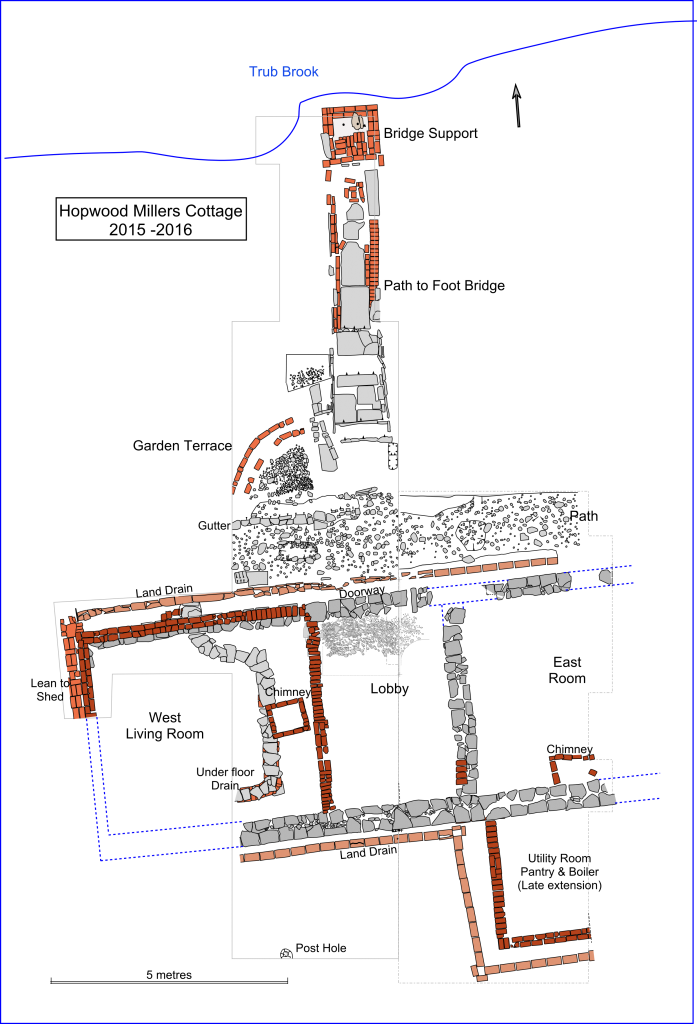