This year’s Middleton Archaeological Society summer ‘archaeology walk’ (on 30th July) was a great success. Around 35 people were led through the estate of Hopwood Hall by historian Geoff Wellens, as dusk quietly settled over the woodland and parkland. 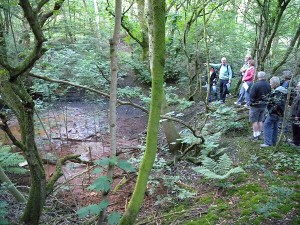 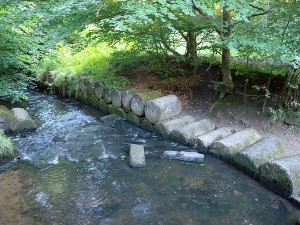 Hopwood estate is historically coherent and interesting, with many layers of interest. It now forms part of Hopwood Clough Nature Reserve. The group first followed the steep woodland landscape of Trub Brook, looking at archaeological remains of the early mining industry and other features of interest. 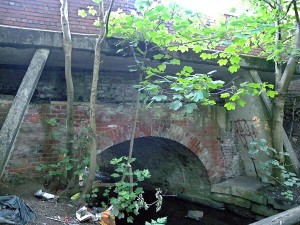 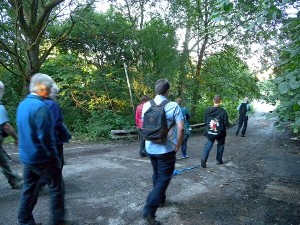 After viewing the multi-phase (and somewhat messy) Hopwood Bridge, we then made our way to the Hopwood Miller’s Cottage excavation, the society’s principal excavation for this year. Geoff and other members interpreted the remains with reference to Victorian photographs in the handouts. 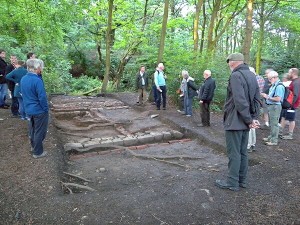 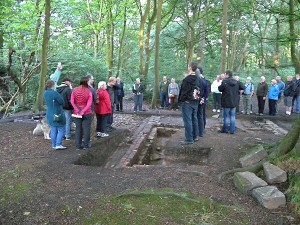 The impressive remains of the Corn Mill and mill pond formed the next stop. Excavated over a decade ago, the society has recently tidied the site up. Again, the interpretation was lucid, aided by old photographs. 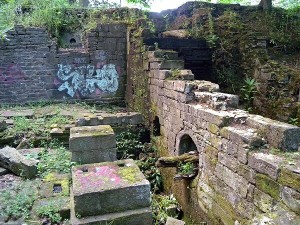 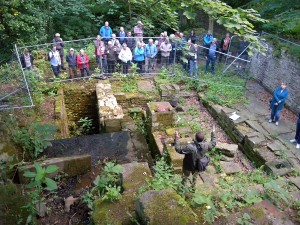 The final monument was the listed Hopwood Hall ice house. The domed top was opened up in the distant past, so the interior can be easily seen. It lies adjacent a pond – the historic source of the ice. 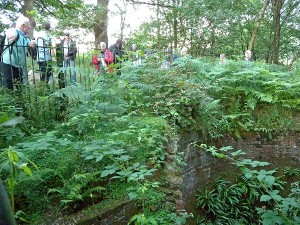 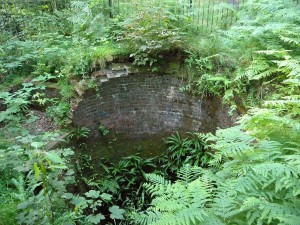 End of the Event

By now, dusk was settling over the landscape so everyone made their way back to Rochdale Road and the cars, by the light of a full moon. 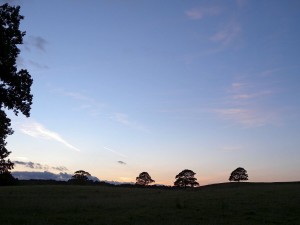 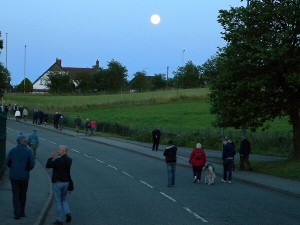 Moon-lit journey to the cars

The Hall is owned by Rochdale MBC and is famous for its Jacobean interiors. Sadly, it is semi-derelict, fenced off and thus out of bounds. Some of the interior of the Hall can be seen in Middleton Symphonia, by Andy Marshall (coming in at around 1min 30 secs).