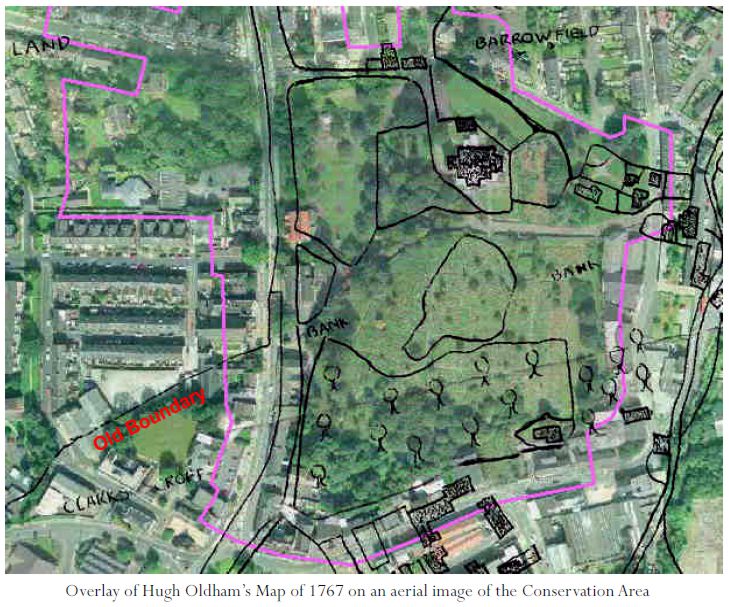 In 2008, Middleton photographer and heritage consultant, Andy Marshall, identified an ancient boundary behind Long Street Methodist Church, adjacent the bowling green of the old Conservative Club when researching the conservation area appraisal for Middleton Heritage. At that time nobody knew what the boundary represented.

It now looks as if it was part of the medieval boundary to the grounds of Middleton Hall (which stood where the Arena swimming pool is now). The Hall was the home of the ancient Lords of the Manor of Middleton, the Barton and Assheton families. Middleton at that time was a completely rural place with just the Parish Church and the Hall and a few farms.

However, Middleton was extremely widespread, comprising eight townships in what is now Bury, Rochdale and Bolton. The Hall would have been surrounded by a large park, where deer were probably kept. It would originally have been protected by a boundary ditch, bank and palisade. There was also had a much smaller area around the Hall, effectively its garden, which became known as Little Park.

When Harbord Harbord (later Lord Suffield) married Mary Assheton, daughter of Sir Ralph Assheton in 1760, the future of Middleton Hall became very uncertain as the new Lord of the Manor lived away at Gunton Hall in Norfolk. Lord Suffield created a market for Middleton and began to sell off the park for development, thereby creating the town of Middleton which gradually expanded beyond the park boundary. Sadly, Middleton Hall itself was eventually redeveloped, though its panelling, stained glass and fireplaces were first sold off and  can now be seen in the Old Boar’s Head P.H., Old Rectory, Parish Church and Turton Tower near Blackburn. 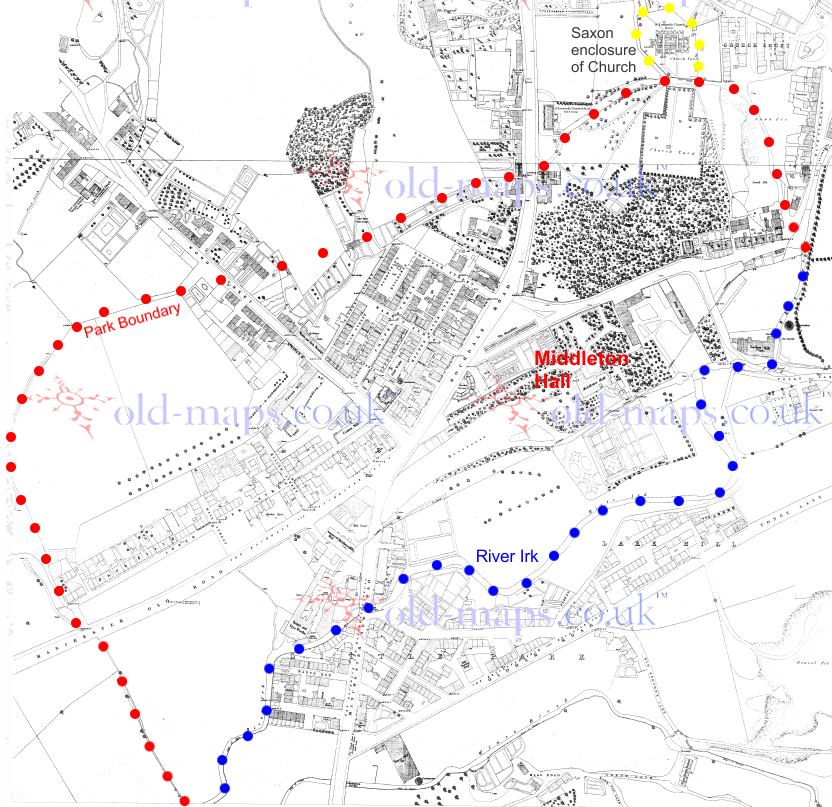 Despite all this change, boundaries very often continue in the lines of paths, roads, tracks and property boundaries and with study can be identified. The boundary for almost all the Middleton Hall park can be traced on old maps. It is a typical rounded shape rising up the valley slopes to the east and west with a long northern line which rises up to meet the enclosure of the Parish Church. The southern boundary was the River Irk.

The western part has almost completely been erased, first by Lord Suffield’s developments and then redevelopment in recent times. However, the line can be traced on old maps. 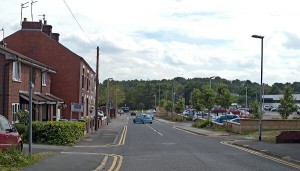 It started at the River Irk where the Robert McBride factory now is and ran up the line of Kemp Street before turning eastwards along the back of Aspell Close. It then is lost in modern developments of Park Field (an appropriate name) and Weavers Court. 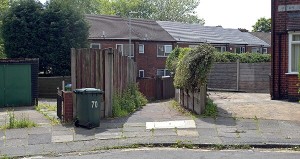 The line crosses Wood Street and is preserved in a short ginnel (which was once longer) at Milton Street where it joins Market Street.

It then crosses the car park  Exeter Court and Sadler Street to arrive at the boundary identified by Andy Marshall, where it proceeds to cross Long Street where its line is marked by St. Leonard’s Brow (main photograph) which runs uphill to the Parish Church and then down again as St. Leonard’s Street.

Near the bottom, it turns southwards through the site of the old ‘Lowry’ chapel where the a short stretch of Morton Street takes it down to Lodge Street and Whit Brook, which then runs into the River Irk.

The discovery explains the location of Middleton’s early buildings, such as the Old Grammar School, the Old Boar’s Head and the Old Rectory. They are all to the north the boundary, i.e. outside the park of Middleton Hall whereas the Georgian town of Lord Suffield is focused within the park.